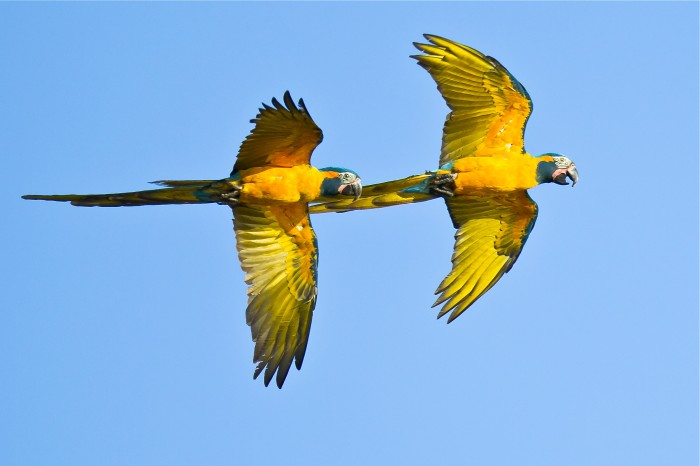 WorldLand Trust (WLT) celebrates its 25th Anniversary this year and believes it has something to shout about. Its strapline ‘Saving Real acres in Real places’ is as true today as it was when they established its first project, Programme for Belize, in 1989.  In those days it was possible for the charity to buy threatened forest for £25 an acre but unfortunately that is no longer the case. However, WLT hasn’t strayed from its mission and still funds land purchase as a direct route to land conservation. Through its overseas project partners, WLT funds the purchase of acres for £100 each in Bolivia, Colombia, Ecuador, Honduras and Mexico, as well as launching major appeals to save strategically important parcels of land where the cost is much higher.

Over its quarter of a century, WLT has helped purchase and save more than 500,000 acres (202,342 hectares) across the globe. These acres protect tropical forests, coastal steppe, grasslands and savannah, and would have been lost had WLT and its generous supporters not been able to step in with fire brigade funding. Be assured though, WLT does not own one centimetre of land outside the UK, the ownership of all the forest and threatened habitats that WLT has successfully funded is now safely vested in its overseas project partners who manage the land as strictly protected nature reserves.

In 2013 Nikwax contributed to two WLT Buy an Acre projects: in Bolivia and Colombia.

Saving the Beni savanna in Bolivia

Bolivia has only recently come onto the travel radar but it’s a country with immense biodiversity, with snow-capped mountains, cloud forest, rainforest and flooded savannas. WLT is working with partner, Armonía, to save as much as possible of the Beni savanna in the south west corner of the Amazon basin. This region is facing a battery of threats – logging and cattle ranching, plus regular burning, and agribusiness has introduced non-native grassland species. On top of this, the increasing threat of industrial farming for biofuel looms. The Beni savanna is the only breeding ground of the critically endangered Blue-throated Macaw and provides habitat for Jaguar, Maned Wolves, Giant Anteater and a host of engaging and endangered wildlife. Nikwax has supported the creation of the Barba Azul Nature Reserve that protects 26,382 acres (10,521 hectares).

More land saved in the Chocó rainforest of Colombia

The Chocó rainforest of Colombia claims to holds the record for being the wettest place on Earth, it is also one of the most endangered. This coastal tropical forest is listed in the world’s 34 global biodiversity hotspots. Together these hotspots contain more than half the planet’s plant species and 77 per cent of all terrestrial vertebrate species, in just 2.3 per cent of the Earth’s surface. Nikwax has supported land purchase in Colombia through WLT and its partner, ProAves, and helped extend the land under protection by 2,500 acres (1,000 hectares).

WorldLand Trust is a registered charity: 1001291

Join us for a 50km charity challenge!

We have a new and exciting charity challenge for you to get involved in – Widehorizons Adventure Challenge on Saturday 4th October 2014. The event, supported by Nikwax and Páramo, challenges teams of two to four to cycle 37km, canoe 3km, and run 10km (50km in total), across the beautiful South-East countryside, including Bedgebury Forest […]

Gets the kids involved in our Schools Adventure Challenge

Nikwax Guide to Base Layers

What is a base layer? Base layers are great at keeping you comfortable while you’re active. They trap a thin layer of air against the body to regulate temperature, while working to wick sweat away from the skin and speed up evaporation to keep you dry. Base layers come in a range of styles and […]

Join Nikwax and ‘Love Your Clothes’

What’s in your wardrobe? Did you know the average UK household owns around £4,000 worth of clothes and about 30% of it hasn’t been worn in the last year? Plus, we bin 350,000 tonnes of used clothing every year – that’s the equivalent in weight of more than 29,000 London buses! That’s why Nikwax is […]