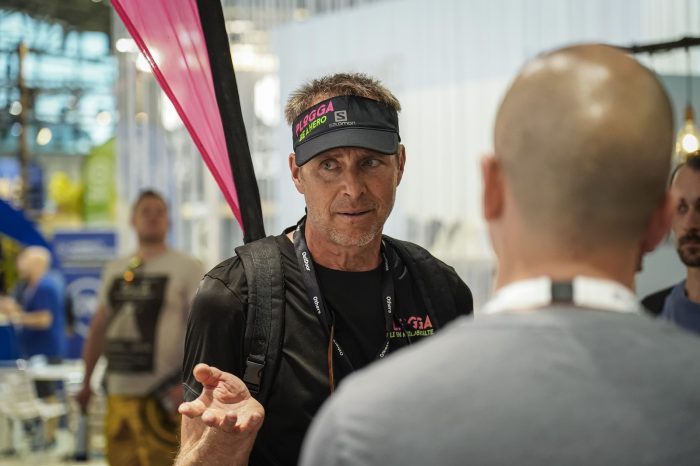 Tell us a little about yourself Erik, who you are and what you do…

My name is Erik Ahlström, I live in Sweden. I love being outside and spend most of my time outside. I’ve spent many years riding bikes in the summer and skiing in the winter months. I’m also a big fan of running trails and do this regularly.

When did you start plogging and what compelled you to do it?
‘Plocka-up’ became plogga. It’s a really simple idea that says if you see some rubbish go and pick it up. Think of how much rubbish could be collected if every person that was outside – walking, jogging or running – was to pick up just one piece. It would make such a huge difference. It gives you such a good feeling on top of the running – you get a high from doing something to help take the trash out of the outdoor environment. We’ve done this for 7 years now and many are joining plogging. We want to keep building on this for the future.

What do you see for the future of plogging?
I see a huge future for plogga and can see a time where plogga is competitive. People already want to find more rubbish than the next person and to be the best at plogga. People care about what they are doing from an environmental side, but the fun and competition side comes out too. ‘Plogga World Cup’ could be something in the future, where we show off those that collect more and more junk than anyone else.

Why did you get involved with the Nikwax # PlogForPlastic initiative?
I only work with brands whose ethics I agree with. The ethos of what Nikwax do is very close to my own. I have respect for Nick Brown and his work in ethical production, reducing carbon footprint, and reducing plastic use by using recycled bottles. By taking part in # PlogForPlastic I hope I can help draw attention to the problem of plastic waste in the world, and the small steps we can all do to reduce it.

What draws you to work with a brand like Nikwax?
Many companies inside the outdoor industry talk a lot about all the things they do for the environment. The difference with Nikwax is they are the real thing when it comes to actively and proactively making a difference for the environment. I know Nick Brown brought Greenpeace to the big industry trade show – ISPO – in 2014. This started the ‘Detox’ program and meant key brands in the outdoors were forced to look in the mirror and make real change to the harm they were doing to the environment in their production process; that behaviour is what plogga is all about. We want to make real difference, and want others to join us in doing it, not just talk about making a difference.

What is it about Nikwax’s ethics and products that appeals to you?
Nikwax always seems to me like it is ahead of its time. I know their products are all PFC-free, with nothing harmful inside, and it’s been that way for a long time. I recall hearing Nick talk this way long before the industry was all talking this way and that is what I like about Nikwax.

You have been on tour recently in the plogging van, can you tell us more about that?
I took some time out and switched off from digital to recharge my batteries. I went to Kiruna to climb and plogga Sweden’s highest mountain, Kebnekaise, with my son – who is also called Keb. Once recharged, I took the plogga van everywhere in Sweden on tour. We would stop in a place, plogga with old friends and new friends, then move on to the next place. Our quest was how much we could plogga in just one month. We are moving through Stockholm, Goteborg and Riksgransen in the very far north. The world is already talking about plogga as the Swedish eco-fitness craze that saves the world, so let’s do more of it!

Set up your own #PlogForPlastic today by e-mailing us on tom.willox@nikwax.co.uk for a starter pack. 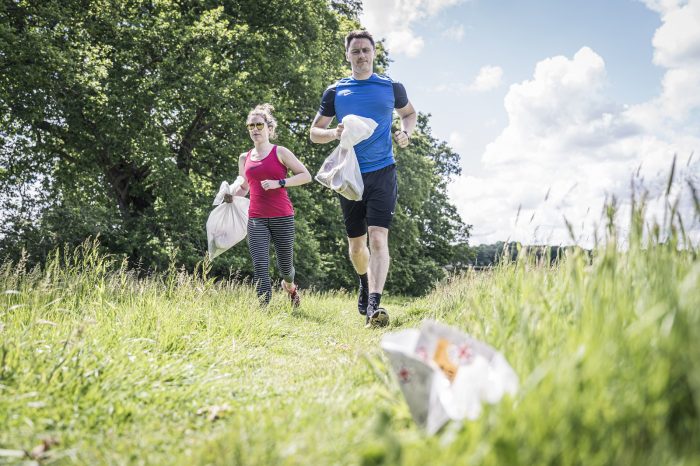 Keep your animals dry and comfortable with Nikwax aftercare

Nikwax® aftercare is formulated to safely clean and waterproof ALL animal rugs and coats, to help keep your animals warm, dry and comfortable throughout autumn and winter. CLEAN with Nikwax Rug Wash Effectively cleans away ALL dirt and contaminants on the fabric, revitalising its water repellency, insulation and breathability. If water starts to be absorbed […]

At the recent OutDoor by ISPO show in Munich, Nikwax® was excited to announce a new campaign to help tackle the issue of plastic pollution. Nikwax has teamed up with Swedish trail runner, Erik Ahlström, to launch #PlogForPlastic. Erik Ahlström is the founder of a concept called Plogging – it simply means litter picking whilst […]