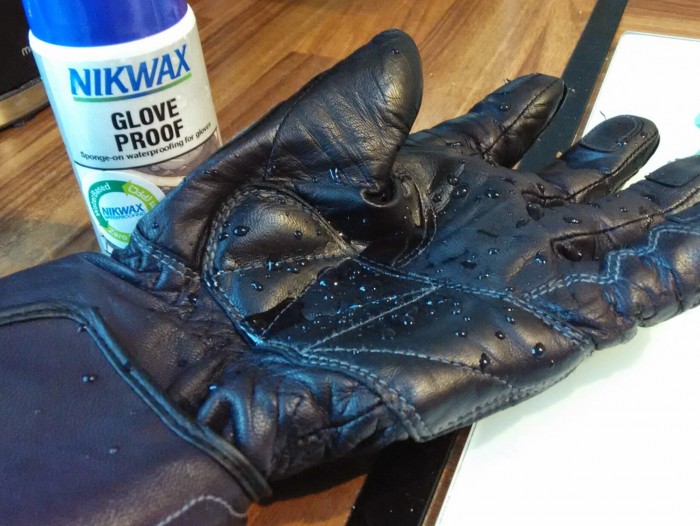 Motorcycle gloves must be one of the most difficult pieces of kit to make waterproof. They are gloves, much like any other, but they need to keep a rider’s hands warm, comfortable, and protected. Modern motorcycle gloves contain special protection over the knuckles, finger joints and the scaphoid and wrist area amongst others. At the same time the glove needs to move about easily for throttle control, clutch and front brake control. Perhaps the most important thing is that it needs to stay on if you slide along the road. All in all then, they contain a lot of different stitches, materials and patterns, and they all face the elements like no other bit of kit you wear.

A while back I faced a problem with a pair of gloves that I bought before Christmas, specifically for riding in the cold and wet Irish winter. They were keeping my hands dry, but not keeping them as warm as they could have been. The reason? The outer fabrics, including the leather, had become waterlogged as I rode through a storm strong enough to close off some of the country’s airports. This had ensured that my hands were covered in a water jacket with the Hipora waterproof inner skin doing an admirable job of stopping it from physically reaching my skin.

So here we have a glove which is loaded with protection, as I described earlier, but which is, after a couple of hours on the road, preventing me from feeling anything through the handlebars. Believe me, as you approach a roundabout on a windy and wet day and you eye up diesel patches on the approach you really do need to feel what the front brake is doing as you apply the lever! No, my VFR has no ABS system! In preventing me from feeling much through the handlebars due to the cold micro-environment created by the waterlogging, this glove, one of the safest you can buy, was becoming a liability. This is where Nikwax Glove Proof enters the equation. “At last” I hear you think… 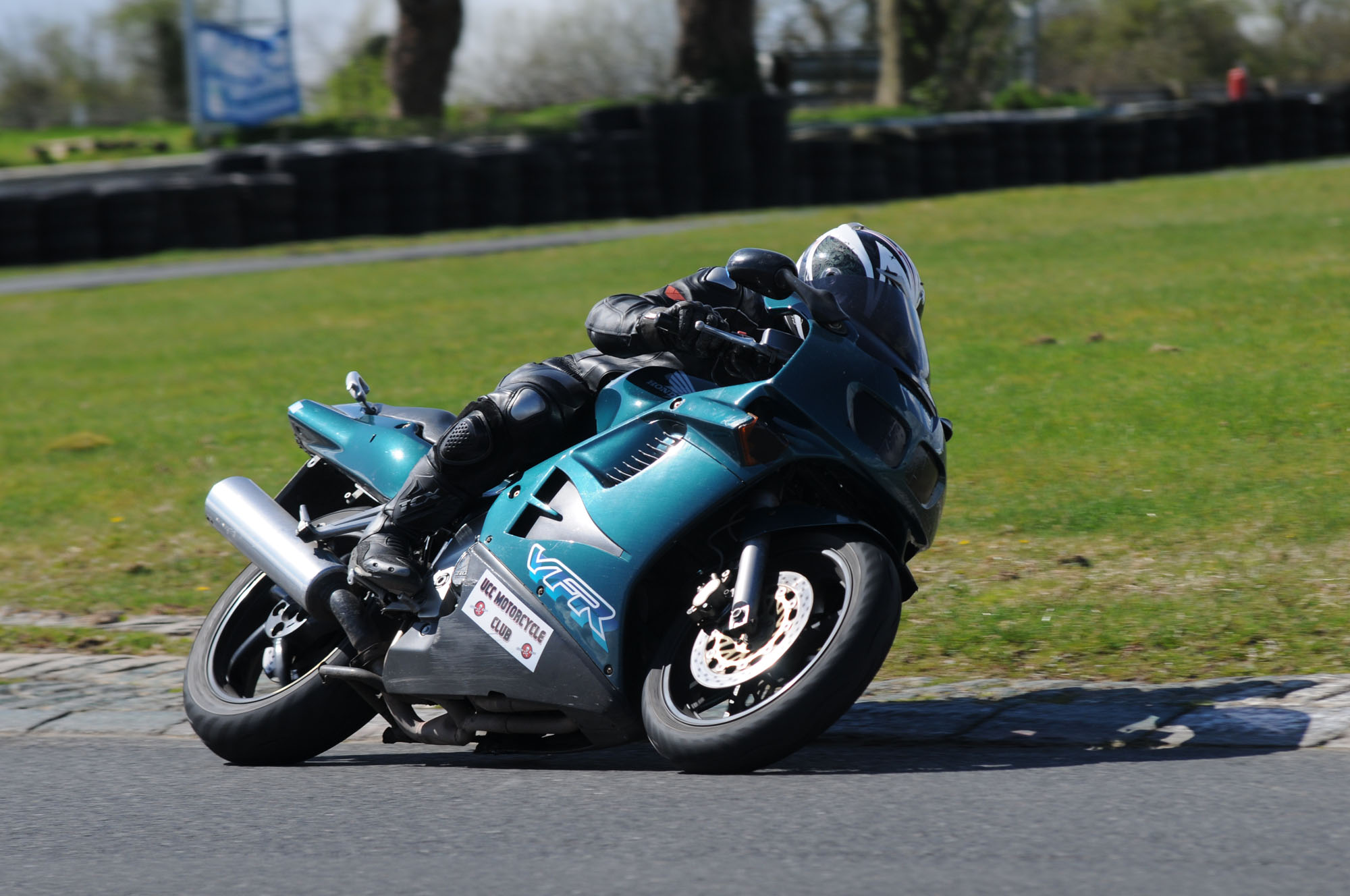 The idea behind Nikwax Glove Proof seems rather simple, but because it is applied to gloves there was always going to be an added complication. The gloves need to remain grippy to ensure proper control of the throttle, brakes, clutch and steering, so a traditional approach to waterproofing leather would not really be acceptable. Not unless you enjoyed applying a death-grip to the throttle every time you tried to accelerate away from the lights! Applying the solution to the gloves was pretty easy and allowed me time to ponder over whether to believe the packaging and its claim that the gloves would not become slippery due to the Glove Proof. The sponge applicator makes the job very easy and the solution itself is quite liquid, which is a good thing because of the range of seams and stitches that need to be covered but which the sponge applicator will not necessarily manage to reach to. Maybe it’s just me but there is a certain satisfaction to seeing the solution flow into each crevice, because you just know it’s going to work its way in and do the job it was meant to. The only issue was that the gloves were now noticeably shinier; it was as if they had been restored to new, but such a gloss set off alarm bells about how grippy, or not, the gloves would be.

I have to admit, I was surprised in the best possible way, but then I really did want the stuff to work. Climbing aboard my VFR for the morning commute I did notice that my gloves felt a little slippy, almost like they had been when they were brand new, but after about five minutes that was gone and they felt as they had always done. On the same day there was a light rain shower and I took particular notice of how the water reacted with my gloves. Before applying the Glove Proof, in such a light shower, the gloves would have kept my hands dry but would have soaked in a certain amount of water to do that. With the Glove Proof applied, the water simply beaded up and ran off the glove. It was like a freshly waxed car, or a jacket treated with Nikwax TX Direct come to think of it…now there is a thought!

Although I have not had the chance, nor the weather, to test Glove Proof in a complete downpour, the initial signs are good and I am convinced that this is not a product of mere comfort but a product of safety. Warm and dry hands make for controlled riding which makes for safe riding. Stay tuned for any updates…apparently the relatively good weather is supposed to go away soon so I’ll be back to watching water bead up on my revitalised gloves!

Our Guest Blogger Nevin Power is a history student, university tutor, and an avid motorcyclist from Cork, Ireland. Nevin rides an 18-year old Honda VFR 750 almost every day as his main form of transport and uses Nikwax products to keep his gear clean, dry, and conditioned in all weathers.
You can check his blog at: https://anysidedrive.blogspot.com

Nepal Disaster Appeal – you can help!

You will have heard of the recent devastation that has befallen Nepal. Following the earthquake, registering 7.8 on the Richter scale on 25 April, the country has just been hit again; this time near Mount Everest, registering a magnitude of 7.3. The first quake was enough to put millions of innocent people in a position […]