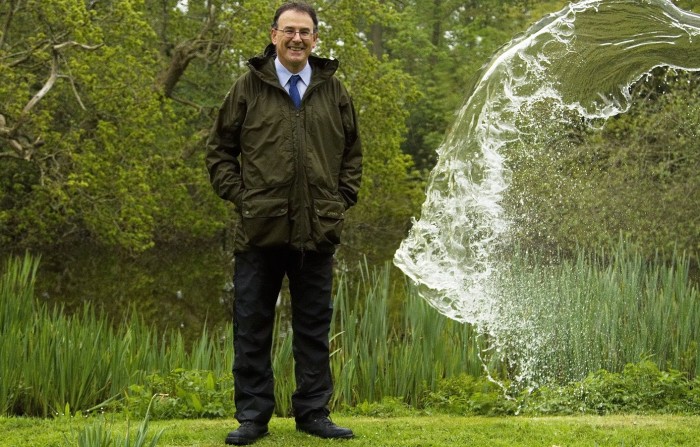 I am writing to you about something which I do not think has received enough attention in the UK, in the hope that you will help us to publicise it.

Most people in Britain would have no idea what I am talking about, whereas in Germany, Central Europe and Scandinavia a group of chemicals called PFCs are often in the news.

In short, they are chemicals that combine Carbon and Fluorine and are widely used in the manufacture of Outdoor clothing. They are also used in food packaging, carpets and many household chemicals.

PFCs are persistent and incredibly toxic and Nikwax does not use them – why not?

In the year 2000 Nikwax was looking into using fluorocarbon, PFC water repellents. Around that time, 3M, at a stroke, decided to pull all of their PFC fluorocarbon water repellents off the market – this raised alarm bells. The main reason given at the time was that PFCs are persistent in the environment. This seemed to me to be good enough information to embargo them for Nikwax. However, as a company, we continued to be offered different versions of PFCs by chemical suppliers, with the promise that they were “perfectly safe”. We have continued to reject them for 15 years.

15 years later different variants of these PFC toxic chemicals are used by almost all manufacturers in the Outdoor Industry – and their use is still increasing – why?

PFCs are big business. And they are complicated. And they are invisible. And the same kinds of professional PR companies have been adopted to protect them as those which are used by the tobacco companies, to great effect.

Who is fighting against this PFC pollution? – Greenpeace have taken the lead

Greenpeace are an organisation which takes no money from business. Their goal is to protect the environment and us, and to take up battles against impossibly powerful organisations. Greenpeace have recognised that textile manufacture is creating terrible water pollution, including PFC pollution, throughout the world, and it is their intention to do something about it. To that end, they created their campaign Chemistry for any Weather.

To make the Outdoor Industry more aware of the issue, Nikwax decided to give a talk at the recent ISPO sports trade fair in Munich, to explain the PFC issue in simple terms, and to invite along Greenpeace to speak about their campaigns. The fluorochemical industry has largely managed the issue by adding layer after layer of complexity. Our intention was to lay out the issues as simply and clearly as possible. To see me on the podium with the representatives from Greenpeace, go here!

Who does NOT use PFCs in Outdoor Clothing?

Almost no one. All of the major outdoor brands use PFCs. But, some outstanding companies like H&M have already taken the lead in terms of streetwear. In the UK, only one purely outdoor brand has controlled the exclusion of all PFC water repellents from their production, and that is Páramo. To find out which major brands are working with Greenpeace to remove PFCs, watch our video!

How long will it take to exclude PFCs from the whole Outdoor business?

That depends entirely upon you. At one level, business is a great democracy: you can vote with your wallet. Most serious outdoor companies now have a plan to try to remove some PFCs from their production by 2020. They recognise the problem, but in reality many are often hiding behind a smokescreen of “environmental labels” or statements like “PFOA-free” which do not mean PFC-free.

How do I know something is PFC-free? Does Bluesign mean PFC-free?

Demand PFC and fluorocarbon-free from your retailers and the business will change, and fast. You have the power, as consumers. But most of all, take your information from Greenpeace, and not from the PR statements and eco-labels which have been crafted by the PFC industry to protect textile companies.

Isn’t Nikwax just another chemical company – what gives YOU the authority to point the finger?

I believe that here is such a thing as responsible business, but only if business is held to account. As a businessman I can be a force for positive change.

However business cannot hold business to account. You cannot be poacher as well as gamekeeper. I recognise that we need independent campaigners like Greenpeace to force the issues, create the publicity, and drive the less responsible businesses towards a more positive environmental future. I do not agree with all of Greenpeace’s positions, but I thoroughly support their advocacy and campaigning. As a lonely voice in the Outdoor Industry on this issue I have often been drowned out by the bigger brands and accused of raising the issue for commercial reasons. That is not the case. At Nikwax we make millions of units of waterproofing. I believe that if I had gone down the PFC route 15 years ago, someone would have died by now from cancer as a consequence. It is not a responsibility I wanted to take. So I support Greenpeace in that they make it easier for all of us to do the right thing.

Please, pass the word and send this to your friends.

The YHA Celebrates its 85th Anniversary with brand new Competition

The YHA (Youth Hostel Association) is a charity dedicated to providing unique opportunities for young people to explore the outdoors across England and Wales. From the Lake District to South Wales, the organisation has built up a diverse network of hostels in a range of locations and has worked hard to ensure young people of […]

This month’s Guest Blog is courtesy of Kate Edhouse, a Freelance Outdoor Education Instructor with experience in raft building, orienteering, high ropes and wild camping, amongst others. Read more about Kate here. I recently spent a month working for Plas y Brenin at their base in Altshellach near Glencoe, Scotland, as part of my 15 […]